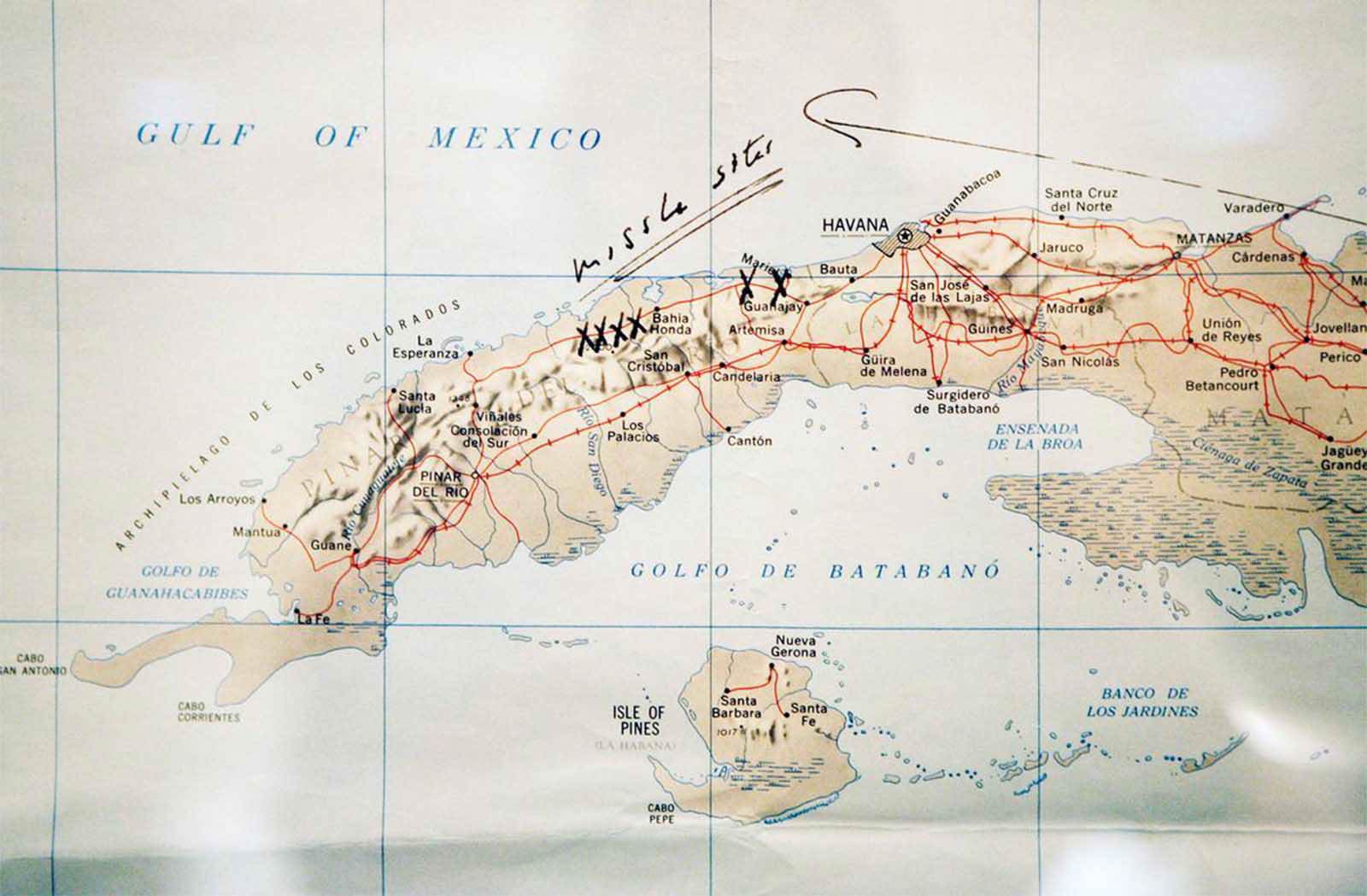 A map of Cuba annotated by former U.S. President John F. Kennedy, displayed for the first time at the John F. Kennedy Library in Boston, Massachusetts, on July 13, 2005. Former President Kennedy wrote “Missile Sites” on the map and marked them with an X when he was first briefed by the CIA on the Cuban Missile Crisis on October 16, 1962.