Who created this site?


A Visual Guide to the Cold War was created by staff, a visiting scholar and research assistants at the UNC-Chapel Hill Center for Slavic, Eurasian and East European Studies (CSEEES).

Dr. Curtis Richardson is a historian of Imperial Russia. He earned his Ph.D. in Russian History at Northern Illinois University in 1999. He is currently a Faculty Course Mentor at Western Governors’ University. Dr. Richardson has worked in online education for 15 years. He has created, curated, and annotated online educational content in various formats and platforms at several universities. In his current position at Western Governors, he creates and delivers webinars and develops digital content for a student body of more than 80,000. He has previously taught at Troy University, Northern Illinois University, and the University of Illinois at Urbana-Champaign. Dr. Richardson has also published a series of reference works on the post-Soviet space and a number of articles. His research interests include nationalism, gender studies, violence, and civil society in Imperial and Soviet Russia. He has been a fellow at the UNC Center for Slavic, Eurasian, and East European Studies since September 2016. He curated the materials for this site and provided the text on the media type, working with primary sources, and theme pages. 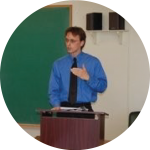 Albert Cavallaro is a MA student in the UNC-CH Department of Global Studies, REEES Concentration. His research focuses on the ways in which Russian provincial public museums functioned socially, ideologically, and historically during the second half of the 19th century in the Russian Empire. He is also interested in the nationalism, religion, and notions of citizenship, in the Russian Empire, Soviet Union, and contemporary Central Asia. He has an BA in History and English from The College of New Jersey. He located and uploaded photographs for the site, as well as assisting in descriptions, citations, and the organizing of the website. He also located, uploaded, organized, and translated all of the movie clips included in the website. For the videos, he not only curated the selection of videos displayed but also wrote the accompanying text, including the introductory text to the “Video” section. Lily Herbert is an MA/PhD student in the UNC-CH Department of Geography. Her research focuses on Islamophobia in the context of the US and Western Europe. She has a BA in Geography and Global Studies from UNC-CH, and has been studying culture and language in the post-Soviet sphere since high school. In addition to a fascination with coding and other digital tools, Lily is interested in how concepts of race, power and gender are understood across the US, Europe and the post-Soviet sphere. She worked on creating and organizing the site itself, citations, descriptions and translations.


Nurlan Kabdylkhak is a PhD student in the UNC-CH Department of History. His research interests include religion, politics, and nationalism in late Russian Empire, Soviet Union, and contemporary Central Asia. He has an MA in Political Science from the OSCE Academy in Bishkek and MA in International Area Studies from the University of Tsukuba. His current project studies Russian empire-building in the 19th century Central Asia. He worked on the translations, citations, text on the main theme pages, and US/Soviet perspectives text on this site. 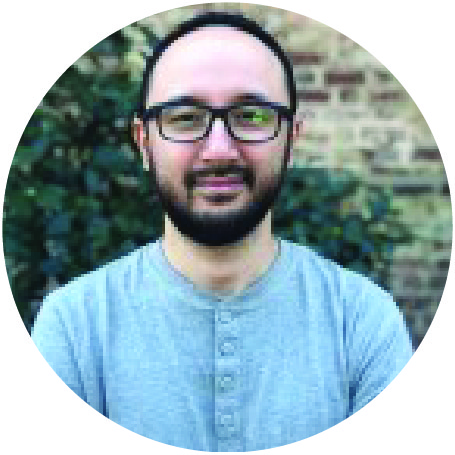