About a Visual Guide to the
Cold War


Visuals played a critical role in waging and understanding the Cold War. Both the US and Soviet governments understood the important role of photographs, posters, films, and political cartoons in representing and characterizing the enemies, the allies, and the home front. A vivid example includes the US campaign of “Duck and Cover” with Bert the Turtle, that was used to support the efforts of US civil defense in engaging young citizens in the event of a Soviet nuclear attack.

In light of this historical background, this project offers digital resources specifically curated for middle and high school history teachers to assist them in teaching about US-Soviet/Russian relations during the Cold War with visual media as primary sources. The main objectives of the project are (1) to support the teaching of this critical period in world history through visuals that convey both the U.S. and Soviet perspectives and (2) to encourage inquiry-based learning through the concepts of visual representation, media production, and national identity.

The bulk of the primary sources presented here comes from the vast holdings of the Library of Congress’ digital collections, most notably the “Cartoon Drawings: Herblock Collection.” The visual guide also incorporates the materials from the on-site and digital special collections at the UNC-Chapel Hill and Duke University libraries. A unique feature of the visual guide is the combination of English-language materials with Russian-language sources, primarily from the Soviet satirical journal “Krokodil” and Duke University Library collection of perestroika-era poster series, among others.

By organizing the visual sets by major historical events (e.g. the Korean War, the Berlin Wall, the Cuban Missile Crisis), we hope to enable teachers to integrate the primary sources on U.S.-Soviet relations into broader lesson plans that cover the period between 1945-1989. This approach also lends itself better to the development of both thematic and chronological lesson plans, in addition to facilitating a more user-friendly browsing for students of various abilities and learning styles. 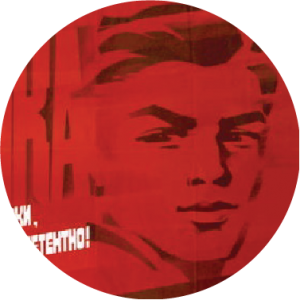 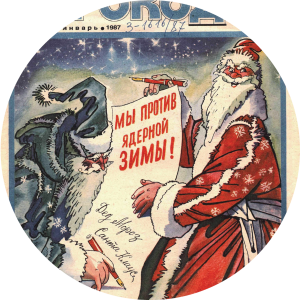 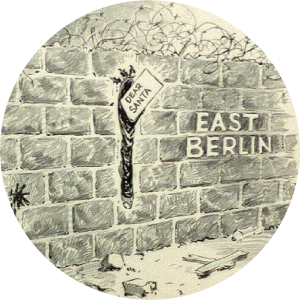