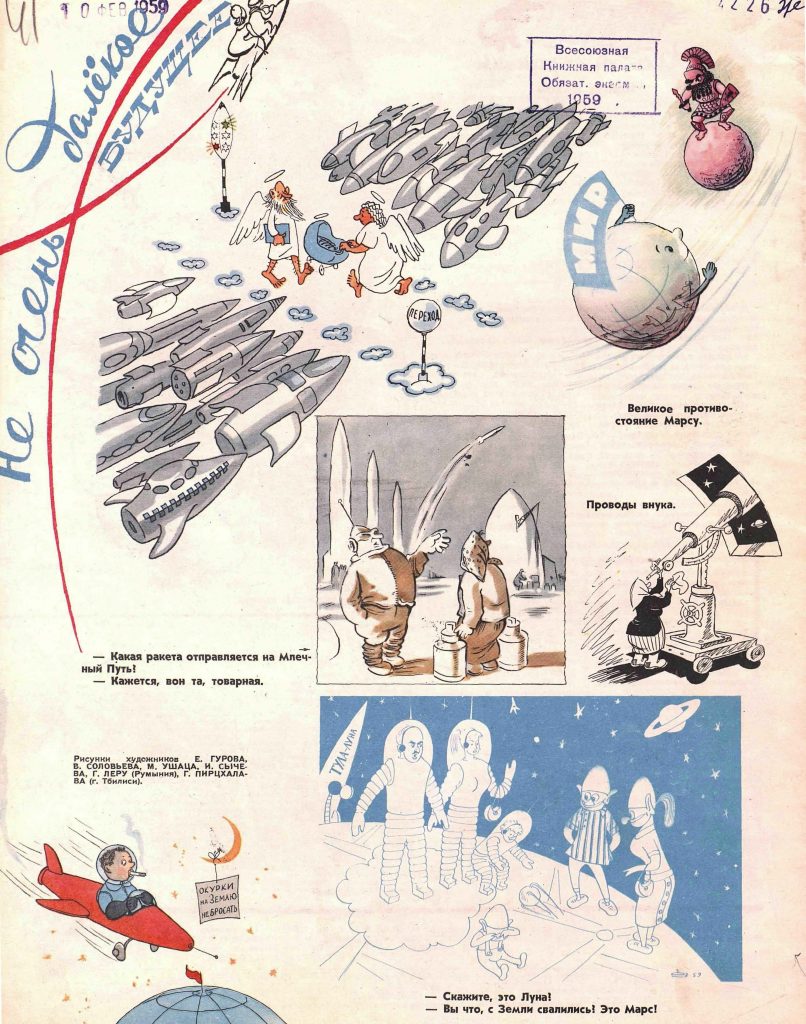 Context: The cartoon shows space travel to Mars, angel crossings, daily flights to the Milky Way and more in the near future.